Join us for a fun day of starship combat! We will be hosting an X-Wing Miniatures Tournament on Sunday August 21st. This will be a casual level event, per Fantasy Flight’s tournament rules. Squadron size will be the standard 100 points. Squadron lists will be required. Please bring a copy of your list with you, […] Continue reading »

X-Wing “I am Your Father’s Day” Event 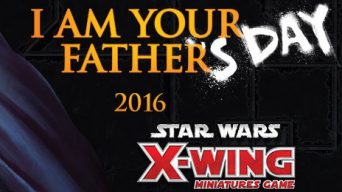 Saturday, June 18 2016 Join us for the first ever “I am your father’s day” event for X-Wing. Drop in and learn to play the X-Wing Miniatures game, play some casual pick-up games, or participate in a 100 squadron point tournament. All participants will receive an exclusive alternate-art, double-sided Luke Skywalker/Darth Vader promo card, while […] Continue reading » 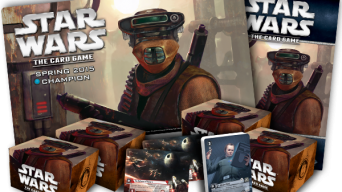 We are hosting a Star Wars Living Card Game tournament on Sunday May 17th. This is also an officially supported Fantasy Flight event. The winner takes home an awesome Boushh playmat! Continue reading »

We are hosting an Epic-level X-Wing tournament on Saturday June 13th. This is also an officially supported event with tournament kit prizing. Continue reading » 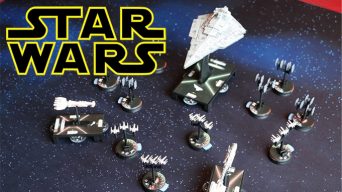 On Saturday April 25th we will be hosting a Star Wars Armada tournament. Armada is the Star Wars game of large capital ship combat, pitting huge Imperial Star Destroyers against Rebel Mon Calamari cruisers while smaller escorts and frigates battle it out with waves of fighters. The event begins at 11AM and is only $10 […] Continue reading » 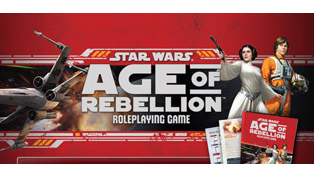 The Rebel Alliance needs all the heroes it can get. Will you be one of them? This September 13th is Rebellion Day, and it’s your opportunity to celebrate Star Wars roleplaying by participating in the dramatic, introductory Star Wars: Age of Rebellion adventure, Rescue at Glare Peak. Rescue at Glare Peak challenges you and your […] Continue reading »

If you haven’t played Fantasy Flight Games’ X-Wing yet, you are missing out on a fantastic experience! There is a very low barrier to entry for this game, as opposed to traditional minis games like Warhammer 40K and Warmachine. And, if you don’t have the time or skills for the hobby side of the game, […] Continue reading »

The Relentless Dragon is proud to be hosting the ONLY X-Wing Wave IV Pre-Release event in New Hampshire! On May 31st, you will have a chance to check out all four new Wave IV ships before they are released to the general public. This will be a swiss style event. Each player must bring a legal 100 […] Continue reading »