Oath of the Gatewatch Prerelease Events 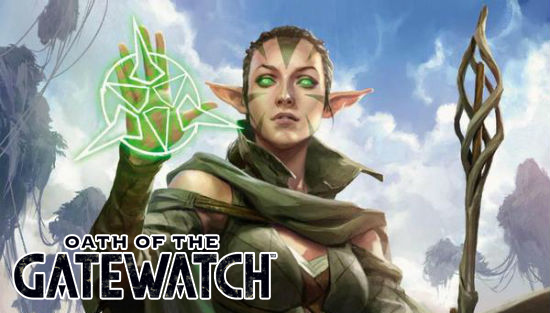 Oath of the Gatewatch is the latest set for Magic: the Gathering, and the second (and final) set in the new Zendikar block. Oath of the Gatewatch (OGW) continues the story of the Planeswalkers’ battle to save Zendikar from the ravages of the Eldrazi. Now, the Eldrazi Kozilek has joined in the fray, making the situation even more perilous. The question remains, though–where is the Eldrazi Emrakul and why has it not been seen on Zendikar recently?

Oath of the Gatewatch builds upon the popularity of Battle for Zendikar, introducing more new man-lands, more full-art basics, and “Zendikar Expeditions”, a special 20-card insert set of full-art foil lands, including Wasteland! In addition, for the first time in Magic history, colorless mana receives a special symbol and an official basic land cards, which will be available as full-art cards.

This is a sealed deck event where each player will receive a special kit containing four Oath of the Gatewatch packs, two Battle for Zendikar packs, a promo card, and a spindown life counter. Continuing in this set, ANY rare or mythic rare can appear as a date-stamped promo card! Each player builds a 40 card minimum deck from the cards in their kit and basic lands.

There are four separate events throughout the weekend. Sealed deck at midnight Saturday, Sealed deck at 11AM Saturday, Two-Headed Giant Sealed at 4PM on Saturday, and Sealed deck at 12:00PM on Sunday.
Pre-registration (at the store or over the phone) is STRONGLY recommended. Pre-Release events are very popular and this event especially so. Avoid disappointment and pre-register early!

There will be 4 total swiss rounds with prize payouts based on your overall record in the event. In addition, each player who wins a round will get a free draw from our special Promo Board of Mystery! The Board of Mystery will be seeded with lots of promos from previous releases, including some very special surprises!